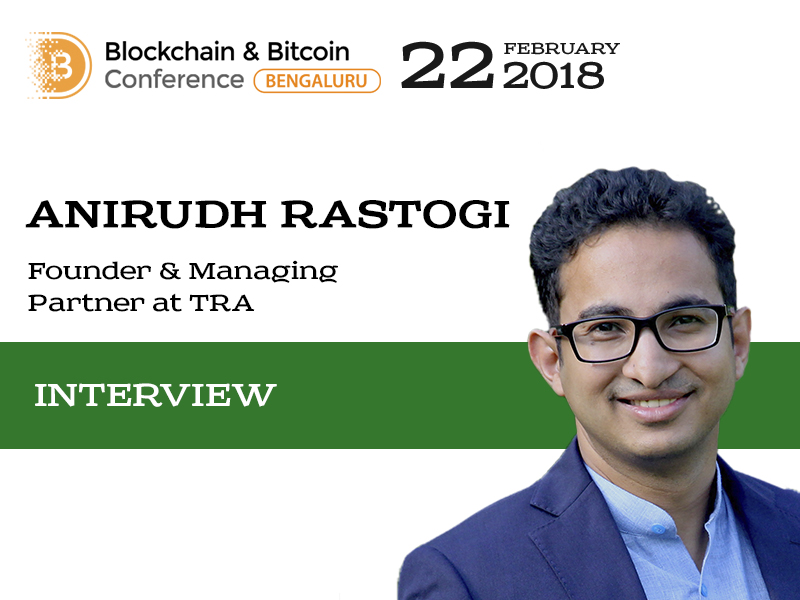 Anirudh Rastogi: The main risk that ICOs have in India is lack of clarity of treatment under laws

Cryptocurrency and ICO regulation will be a significant step for the industry: there will be more investors and less amount of risks, according to Anirudh Rastogi, founder and Managing Partner at TRA, an award-winning law firm. The expert focuses on blockchain and provides legal support of several Indian blockchain companies and startups.

In the interview with Blockchain & Bitcoin Conference Bengaluru, he explained why India’s cryptocurrency industry requires regulation. The expert also denied an opinion that “ICO is the largest-ever scam” and revealed details of his coming presentation at the conference.

BCB: Which country should India look towards in developing regulations around ICOs, and why?

A.R.: Regulatory Sandboxing has begun to allow ICOs to thrive even when they don’t meet all existing regulatory norms in a country. Singapore is the best example of this along with fintech sandboxing in the United Kingdom.

If an industry is highly regulated, it may drive away interest from potential investors and market innovators. If loosely regulated, there may occur more harm than good. Sandboxing aims to precisely solve this issue with governments seeking to collaborate with innovators and develop co-regulatory models for specific, well-defined projects.

BCB: Jordan Belfort, a US exchange broker known as the Wolf of Wall Street, has said that the ICO concept is the largest-ever scam. What is your attitude to this viewpoint?

A.R.: That’s funny coming from the man who built his career selling penny stocks. But jokes apart, there have been many tremendously successful ICOs with well-defined use cases but unfortunately many others that have also been shams. I would urge everyone to go through the whitepapers in detail, do a thorough background search and take a call for themselves.

BCB: What specific risks do Indian ICO projects have?

A.R.: Lack of clarity of treatment under Indian laws. Therefore, Indian businesses are doing ICO projects through corporate entities registered in countries with favourable legislation, with Singapore emerging as the leading nation amongst them.

BCB: Are India’s investors protected from money losses? Have victims of unfair crowd sales managed to return their funds?

A.R.: Indian investors are as susceptible to market economics surrounding ICOs as compared to an investor from any other country. There is not much one can do if an ICO turns out to be a scam or it tanks. If the whitepapers are not read carefully in order to know how the funds would be managed, it is difficult to retrieve funds.

I would urge people to look out for how the money is raised, where it is being stored, and what the refund mechanisms are. An escrow is the best and most secure option to store the funds being raised. They guarantee that if total fund goals are not reached, raised money would be returned. If the money is going directly to investors, it is highly risky.

BCB: How do you think, is it real to integrate cryptocurrencies into government financial institutions? (indirect answer)

A.R.: There have been multiple reports, especially around Lakshmi coin, but there aren’t any clear answers. We have seen examples of other governments going down this route – Venezuela launching the oil-backed ‘Petro’, Russia contemplating the ‘CryptoRuble’ and Estonia launching a token later this year. With more governments looking to promote digital initiatives such as e-governance and decentralised land registries, these government-backed crypto tokens will be used to access and pay for these services – thereby increasing their adoption.

Our country is not 100% digitally inclusive, yet. It is easier for smaller countries or countries with failing economies to adopt this due to ease or necessity of adoption.

BCB: Blockchain technology evangelists believe that the promotion of smart contracts will reduce the demand for legal services. What do you think about such statements?

A.R.: Smart contracts are merely automated contracts, applied to actions that are clearly defined and highly repetitive, and form a subset of an overall transactional contract. With smart contracts being irrevocable in nature, I feel the inverse will happen where there will be an increased need for transactional lawyers to think through every scenario and outcome before the smart contract is deployed.

BCB: What will you talk about at Blockchain & Bitcoin Conference Bengaluru?

A.R.: I will speak about the policy and regulatory challenges around virtual currencies and Initial Coin Offerings including co- and self-regulatory models. I will also be happy to discuss the recent actions of the banks choking virtual currency exchanges by blocking withdrawals into fiat currencies, which seems more counterproductive than productive, and the income tax surveys conducted on the exchanges by the IT department.

BCB: Are there any prominent figures or projects in the blockchain industry that you monitor?

A.R.: I am keen on exploring blockchain-based projects that deal with secure data and identity management.