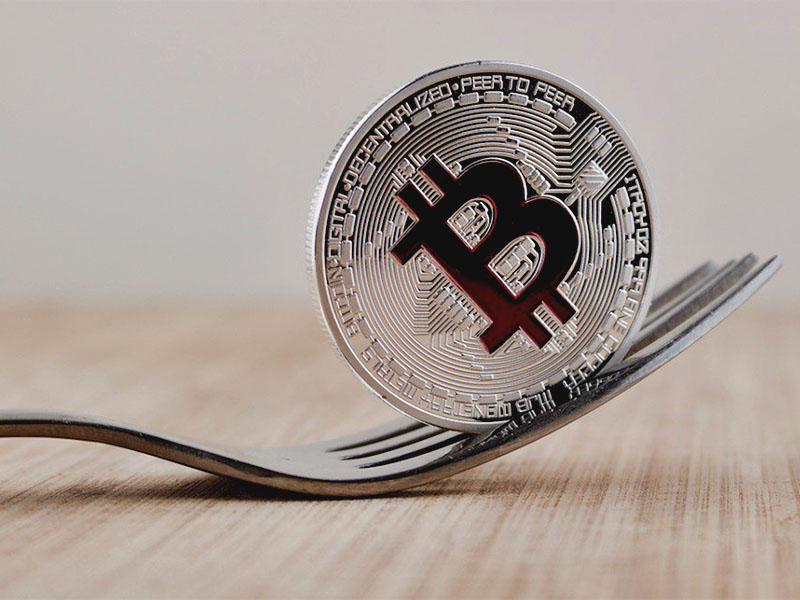 Blockchain, which became the basis of Bitcoin, exists since 2008 and in almost ten years of its existence, it was repeatedly subjected to forks. There are six most famous projects that started on the basis of Bitcoin. Each of them was an attempt of a part of the crypto community to implement something that they thought was lacking in the original code.

Throughout the existence of Bitcoin, there were many other forks but most of them just weren’t bringing something new to the table. In reality, these projects were just copies of Bitcoin, sometimes with minor differences.

The first known fork, which created a truly separate project, was Bitcoin XT.

At the time of the first Bitcoin XT block creation, it was supported by 12% of miners, but according to creators, Bitcoin XT needed 85% of the network nodes for complete transition. Later the share was reduced to 75%.

Since the very beginning of its existence, Bitcoin XT project faced severe criticism from many leaders of the bitcoin community. Moreover, the account supposedly owned by Bitcoin creator, Satoshi Nakamoto, also spoke against the fork. However, back in 2014, the community was informed that the profile could have been hacked and therefore there is no certainty in Satoshi being against Bitcoin XT.

Bitcoin Unlimited project appeared almost six months after Bitcoin XT, in January 2016. It was solving the same problem — increasing the block size, but in a fundamentally different way. Bitcoin Unlimited suggested that the network nodes should decide which size blocks to release themselves. The creators bet on democracy — everyone who has a node can express their opinion about what the size of the block should be.

It was thought that the system would stop at the average value chosen by the majority: blocks that are too small, would be "forked out" from the network by the system itself and the ones that are too big wouldn’t be accepted, since most nodes would not see them.

The power of free market that rules in the world of traditional economy and financial systems was used by Bitcoin Unlimited creators to serve the digital economy. The project also got more influential when developers Tom Zander and Tom Harding joined it. They left Bitcoin XT, which began to fall apart, and Bitcoin Classic, which appeared a little later but also did not last that long.

Bitcoin Unlimited, just like its predecessor Bitcoin XT, did not achieve success — the community was worried that large centralized pools could benefit from the system by suppressing the opinion of the real majority of users with superior processing power. This would lead to concentration of power in the hands of just a few groups and would devalue the whole idea of ​​Bitcoin as a decentralized system.

In addition, a large number of differently sized blocks could lead to multiple incidental forks and formation of a whole series of false chains, which would eventually lead to the fall of Bitcoin itself.

Bitcoin Classic appeared just a month after Bitcoin Unlimited, in February 2016, but began to crumble even faster. The fork creator, Gavin Andersen, author of Bitcoin XT, continues to pursue his goal to increase block capacity by increasing block size. This time, the plan was to double it (2 MB) and do it again two years later, to make it 4 MB. Andersen was also joined by Jonathan Toomim, another Bitcoin Core creator.

Unlike Bitcoin XT, Bitcoin Classic was accepted favorably by the community. It was supported by such mining pools like Antpool (Bitmain), BW.COM, HAOBTC.com, Genesis Mining, Multipool.us, as well as Coinbase, OKCoin and Foldapp. Roger Ver, the owner of Bitcoin.com, also expressed his liking of the project — he is certain that increasing the block size will create more full nodes, which will further increase decentralization of the network.

Bitcoin Classic did not have any direct rivals, however, it did not become fully functional. The main reason for the discussions dragging on for more than a year is the need to conduct a hard fork that will temporarily affect overall security of the network and may result in a split. But after Bitcoin Cash emerged, which produces blocks of up to 8 MB, the Bitcoin Classic developers said that they consider the goal achieved.

Bitcoin Cash is one of the most famous forks that really ended in the chain splitting and a new cryptocurrency with the same name forming. It happened on August 1, 2017 and Bitcoin Cash still shows good results on the market. Many experts are inclined to believe that even though its head is held above the water by authority of the original Bitcoin and association with it, but even on its own, Bitcoin Cash managed to gain some influence and is firmly set in the top ten most popular cryptocurrencies.

Bitcoin Cash has a number of significant differences from the original Bitcoin. The main code additions are three:

The creators of Bitcoin Cash are already planning two new hard forks in their own network — in the spring and autumn of 2018. The details are not disclosed yet but it is known that these forks will be aimed at an even larger increase in the block size.

Bitcoin Gold — another crypto currency, separated from Bitcoin on October 24, 2017, the day before the developers planned. The creators’ goal was to make their own cryptocurrency more important than the original Bitcoin, to turn it into real "digital gold".

To achieve this goal, authors changed the hashing algorithm by switching to using proof-of-work (P-o-W) by Equihash. The peculiarity of this P-o-W is that Equihash works for GPU mining - getting cryptocurrency using graphics maps. The same type of mining is already used in some other cryptocurrencies, ZCash in particular. In addition, Equihash is resistant to ASIC processors.

In practice, creators of Bitcoin Gold are trying to expand the range of potential miners. Distribution and availability of GPU processors are higher than the ASIC and therefore users will be more likely to obtain cryptocurrency and become nodes in the network. This will increase the level of decentralization and reduce the pressure on the community from large commercial mining pools. This is also the main slogan — "Make Bitcoin decentralized again". According to the developers, large pools actually monopolized the network, and the community must fight it. The result of this fight was Bitcoin Gold.

The idea found some opponents who insist that GPU processors market is controlled by two large manufacturers, which means that there is a risk again. But the hard fork was still held and Bitcoin Gold is now traded on the stock exchanges, although with a rather unstable rate.

B2X, the child of SegWit2x hard fork, was supposed to become another cryptocurrency. The fork was scheduled for November 16, 2017; it provoked heated discussions in the community but was eventually canceled — the creators stated this in an open letter on November 8. However, officially it was not completely canceled but just postponed for a while. A number of supporters also continue to stand by SegWit2x even after the cancellation of hard fork.

SegWit2X was supposed to create a new branch of Bitcoin blockchain with block sizes of 2 MB, higher capacity and lower transaction costs. The resulting network was to become a crypto analogue of traditional Visa and MasterCard and thus gain popularity among wide public.

The creators said that the main reason for cancelling the hard fork was opinions dividing — another split was breaking the community and the authors of SegWit2X were trying to avoid this. In addition, some supporters of Segregated Witness, who later refused to follow the agreement, stated that the fork conditions were not transparent, there was no consensus between the various groups and the code was incomplete.

The problem of increasing the block size in the main Bitcoin chain is not going anywhere and becomes more critical with time. So most likely, new forks will appear in the near future, which will try to win the affection of the community and change bitcoin. In addition, the further, the sharper becomes the anonymity problem, which gets more and more delusive in the Bitcoin network and this issue also has to be solved, hence there will be changes in this direction for sure.

This topic and many other issues concerning technical, and not only, aspects of bitcoin and blockchain will be discussed at Blockchain & Bitcoin Conference Bengaluru. The conference will bring together leading industry experts who will discuss main issues of concern to the community and offer their solutions.